Lounging elegantly at the top of a slope overlooking the harbour at Portland, this extraordinary house, surrounded by a huge garden and terraces invokes the sophistication and luxury of old-school Hollywood, with its palm-fringed drive, pacific-blue Crittal windows and the house itself dazzlingly white against the blue of the sea beyond.

Looking like an Agatha Christie film set, the luxurious interiors of Portland House have been lovingly put together, retaining many of the original 1930’s features such as the kitchen, bathrooms and light fittings. Filled with period furniture, it’s easy to imagine that you’ve stepped back in time when you holiday here. Sleeping twelve, with seven spacious bedrooms, the seductive glamour of the house and its brilliant views make a truly unforgettable spot for a family gatherings, or groups wishing to celebrate in style. Large French windows open out from most rooms onto two broad terraces outside (one above the other), and the house is designed to make the most of the south coast sun.

A hidden gem on the Dorset coastline, Portland House looks over the glittering water and basks in the tropical climate of the South Coast, which rivals the Mediterranean on a sunny day. Sitting just out of Weymouth itself, on a quiet residential road, you’ll find everything you need in terms of nearby shops and restaurants in the bustling centre of Weymouth a gentle stroll away. You can also explore the town’s sandy beaches and harbour with its stories of past sailing escapades.

If you ever tire of living the high life, then head further afield to explore the surrounding area, including the West Dorset Heritage coast on your doorstep. A short drive to the east will take you to the Jurassic Coast, a UNESCO World Heritage Site, where dinosaurs once roamed. Go fossil hunting along the beaches or take in the view of Lulworth Cove and Durdle Door from the headlands. When you stay with us, or visit National Trust places nearby like Hardy’s Cottage or Corfe Castle, you’re helping us to look after them for the future.

See how long it would take to drive to Portland House.

More cottages in Dorset for 12 or more people...

Modern beach-fronting house offers amazing coastal and sea views and has direct access to the award winning Sandbanks beach.  Exceptional views from many ...

Striking cliffside house with heated indoor pool and spectacular views towards the Isle of Wight and the Needles, all set within ...

Manor Lodge is a substantial holiday home resting in Burton Bradstock in Dorset and sleeps 12 guests in six bedrooms.

Sitting in an elevated position, All Views enjoys panoramic vistas across National Trust owned coastline and down towards Hive Beach. The ...

Old Monmouth is a character property resting within walking distance of Lyme Regis in Dorset and sleeps twelve guests in six ...

This wonderful detached, former dairy has been lovingly converted and is set in a delightful location just outside the pretty village ...

This character property seamlessly combines original features with contemporary style. Set in a peaceful village location and with spacious rooms, this ...

Family House is an attractive, detached, three-storey house resting in Weymouth, Dorset and can sleep 10 people in five bedrooms.

The Chesil Lookout is a splendid mid-terrace house resting in Fortuneswell, Dorset and can sleep 12 people in six bedrooms.

This beautiful converted farmhouse in Salwayash is pet friendly, has a games room and can sleep twelve people in six bedrooms.

All other months are not affected.

This lovely three-storey cottage is situated in Weymouth, Dorset and can sleep twelve people in six bedrooms.

This superb semi-detached house rests in Weymouth, Dorset and can sleep twelve people in six bedrooms.

Puckhams is wonderfully situated in the delightful village of Stoke Abbott. The property sits in its own beautiful mature gardens with ...

Have your own island adventure when you stay in this sea-view cottage on Brownsea Island.

Something a wee bit special for less A National Trust cottage offers just that – looking to stay somewhere unique with the ‘Wow’ factor, full of history and character. Unusual, quirky, and in fabulous locations, some stunning smaller properties sleep … Continue reading → 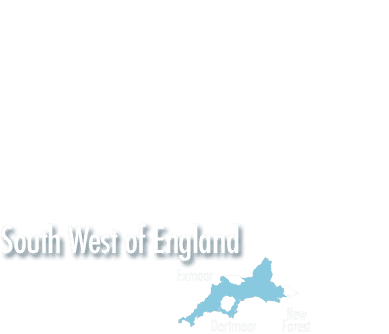 Think rugged coastlines, sandy beaches, great surf and sparkling blue seas, the wild moors of Dartmoor to the Somerset Levels and the dramatic Cheddar Gorge, the South West has plenty to offer. With a lively arts scene, great local food and walking and cycling opportunities galore.